BREAKING NEWS
Home Daily News Some say a Brexit is on the way. Get Ready. 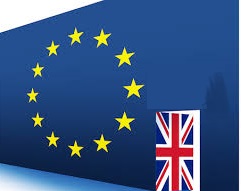 Some say a Brexit is on the way. Get Ready.

Will Britain Leave the European Union?

This week British Prime Minister David Cameron was back on the continent discussing the needed EU reforms to prevent a British exit from the union of European countries. The Brexit, as the potential British exit from the European Union has been playfully named, is an ongoing discussion, especially following the Conservative win in the spring elections.

Essentially the country falls into two camps: Eurosceptics argue in favor of smaller UK involvement in the EU at the very least. However, they would prefer a complete pull out. Europhiles believe Britain’s inclusion in the EU has led to an improved economy and any sort of decreased cooperation will lead to economic instability, costing millions of jobs.

As the Prime Minister mentioned in his letter to European leaders, ‘A New Settlement for the United Kingdom in a Reformed European Union’ the main areas of disagreement falls along the following fault lines:
1. Economic Governance
2. Competitiveness
3. Sovereignty
4. Immigration

Why does this matter to me?

If you remember, following the financial crisis of 2008-9 there was another country that flirted with leaving the European Union. At that time Greece’s deficit grew to 12% of GDP and top credit rating agencies lowered the country’s bond to junk status. Only after rounds of bailouts, austerity, and negotiations did decide to finally keep the EU and not revert back the Drachma, the Greek currency until 2001. To this day, there is still talk about a potential Greek exit. But, there most important thing is how the Euro reacted to all this instability. That question remains to me be answered but there is certainly indications that it would weaken the Euro.

Currency in fact is one of the many issues of contention David Cameron listed as a reason for referendum. Right from the gate currency could be impacted tremendously with trade following shortly after. Open Europe ran a what if scenario of Britain leaving the EU and analysis wasn’t
promising. In a worse case scenario British GDP could be 2.2% lower by 2030. This analysis jives with the numbers the National Institute of Economic and Social Research released in 2004.

Ok, so what’s the bottom line?
Good question. The truth is nobody knows. And that’s the scariest part. A realistic assessment of Britain exiting the EU leaves the country .5% better or worse. However, in the interim, until we have the data and time to determine what’s the result we will be left with uncertainty. The sporadic way markets react to uncertainty will create opportunities but more likely than not it will be a roller coaster I’d prefer not to be on.