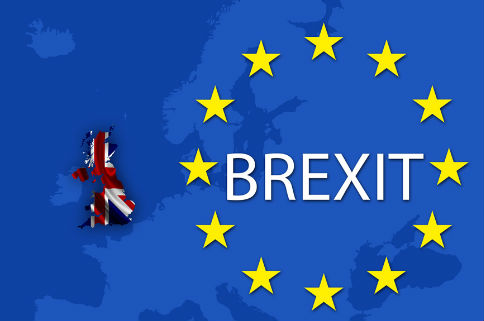 How to make money from ‘Brexit’

This Thursday, the 23rd of June can be a date of turning point for the market, on this date the citizens of Britain will go for a referendum on the country’s membership of the European Union.
About a month ago, the International Monetary Fund warned that if Britain will decide to leave the EU, it will send Britain into a long period of recession,
They also clarified that nothing good can raise from this kind of decision, not for the EU nor for Britain.
The major concern for the International Monetary Fund if Britain will leave the EU is a Domino effect by which major and important countries will follow Britain till a situation where the EU will stop to exist.

How the ‘Brexit’ will affect the market?

According to to market assumptions the reaction can be quick and violent, I constantly mention this major event on my Weekly technical analysis, this time I’ll share some of the estimations of what can happen for each result of the referendum, in case Britain will decide to leave the EU it will cause the GBPUSD to sink into a level of 1.2 – 1.05, it’s a decrease of 20%, if this will occur it will be the biggest daily decrease in the history of GBP.

This scale of decrease will bring a strong fear to overall market that will affect stocks, indexes and will strength the USD, another asset will probably experience an increase is the Gold, as trades consider it to be a safe shore on crises time.

On the other hand, an optimistic approach for Britain to stay in the EU will send all indexes, stocks and GBP to higher levels, and an opposite reaction to Gold.
By last surveys, it will be a surprise if the British people will vote to remain a member of the EU while at the same time there’s an increase for citizens who haven’t decided yet how to vote.
At any case, this week is expected to be a super volatile week for the markets.

How to gain from the ‘Brexit’

As a binary option trader you should know that for each market atmosphere there is a strategy that is best to use, if for a non-volatile week it is best to use boundary strategy, for volatile period it is best to use One touch binary option or Ladder binary option option, on this kind of situation you can make money from both sides, from Buy or a Sell orders, also, because of the major impact that will occur in case of leaving the EU, a put option for a far position can bring great results.

As for the time frame I would rather not to trade on short term positions such as one minute or even 5 minutes, I would go for hourly or daily time frames if it’s possible.
Remember that even if the market atmosphere is expect Britain will decide to leave the EU and a decline of the markets, it might be a false estimation, it happened before and it will happen in the future, a smart trader will defend his put orders with some options for the opposite scenario.

In case you are using a Binary option robots or some automation system for trading, if you don’t know exactly what triggers will fire a trade you might consider to pause it for a while in order to be on the safe side.
This week it is important to act carefully on the market, I’m wishing you a great week and lots of earnings.

**This analysis review is delivered as a technical and fundamental in formation, this review doesn’t recommend to Buy or Sell any of market assets include indexes, stocks, currencies and commodities, any trader who act on the market is acting by his own judgment.